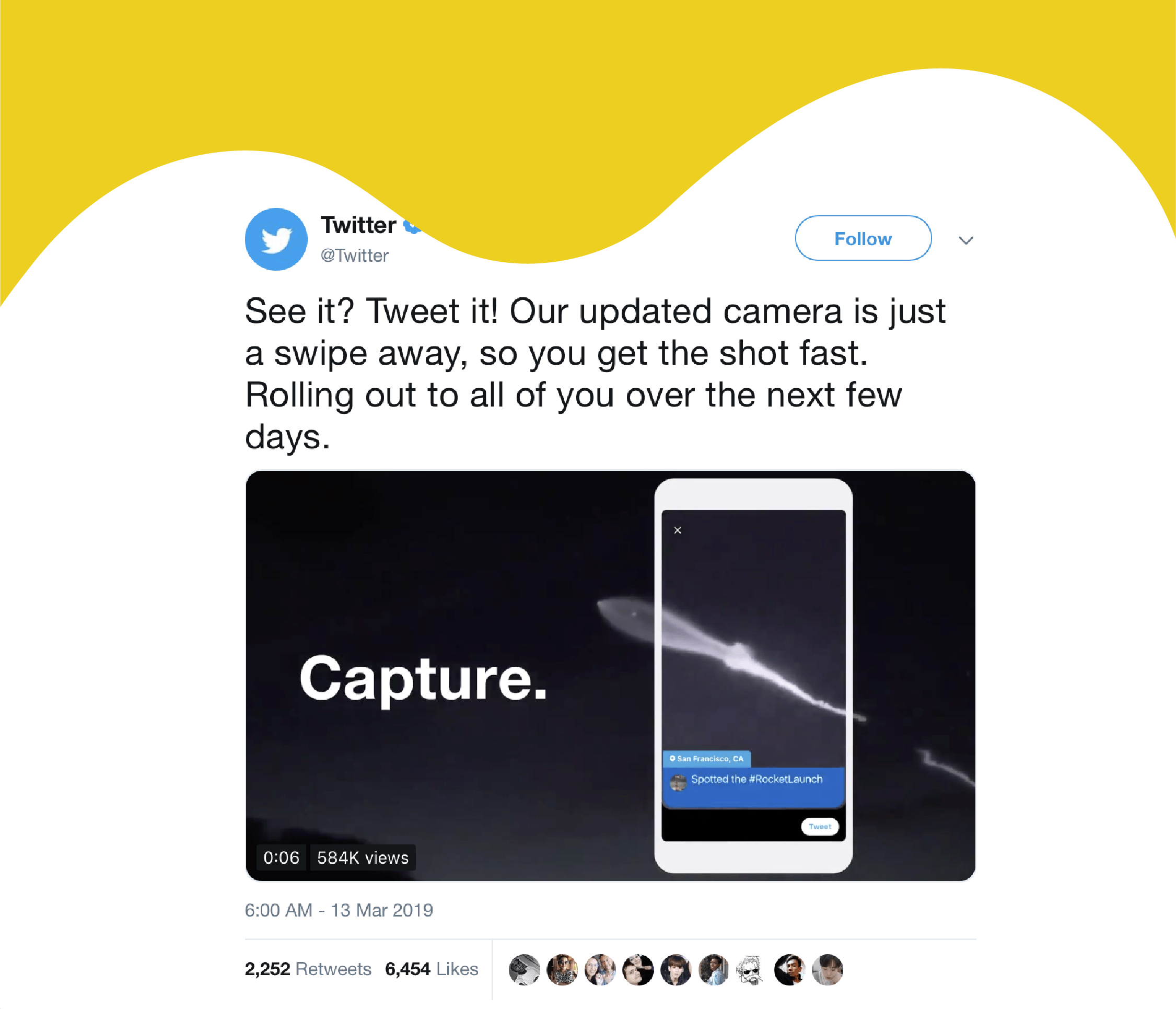 It is no secretanymore, Twitter’s Camera is out!

Widening its textual content focus, Twitter has just launched a new Snapchat-like camera trying to make the platform a “real-time lens” that is more than just words.

“Starting today, when you swipe left from the Twitter timeline, you’ll get the new camera that’s no longer buried in the tweet composer. After you capture some media (no uploads for now), you can overlay a location, hashtag or some words on a colored label. But what’s really special is that Twitter will show this media in a larger, more immersive format in the feed with the imagery appearing before the text in your tweet.”

Funnily enough, as a response to Twitter’s announcement, users are still asking for an edit feature instead.