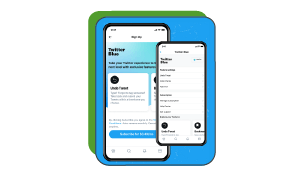 After months of anticipation and plenty of discussions, Twitter’s first paid subscription service is finally here. This service marks a turning point for the platform as it starts introducing a wave of new features aimed at increasing its monetization—and thus profitability

Let’s not forget that even though Twitter is lumped alongside Facebook and Instagram as ‘the’ mainstream social media platforms, the former’s market cap is a relatively meagre USD 49.9B compared to the latter’s colossal USD 949.1B. It makes sense that Twitter as a company would want to leverage its outsized social influence to increase revenue.

So far it’s only available in Canada and Australia for $3.49 CAD and $4.49 AUD, respectively, per month. How this will change the overall user experience and advertising impact will be revealed soon enough.