The second day of the Dubai Lynx started with “Bravery is the New Black” seminar held by Yousef Tuqan Tuqan, Chief Innovation Officer at Leo Burnett MENA. Tuqan emphasized on the increasing mergence between media, communications, creativity and technology & the necessity of being involved in all these industries equally. Brands should all work hard to capture their imagination and challenge the social norms. Some ideas might backfire, and that’s why this requires bravery!

While Nayla Al-Khaja was discussing the emergence & increasing attractiveness of the filmmaking industry in the UAE, Gyro team was holding a forum showcasing the ease of social media targeting. They confirmed that even the most difficult brands to be marketed could be marketed online, on the emotional social media platforms. This is hard, they admit, as being emotional means speaking from a human to another. Therefore, the real challenge resides in humanizing/personifying the brand. It is also about how to talk to your audience properly; “we shouldn’t forget that our audience is a group of people who tend to act like us most of the time”, they say. We should also realize that our audience identity is more associated to the content they consume online, and this where the possibility in reaching them resides.

The Lynx continued with Newcast Global MD, Mark Waugh who introduced the new creatives as Twitter humorists, Youtube talent, bloggers, semi-pros, app developers, journalists & users themselves who are forming new teams and collaborating with clients are. They’re the ones creating online content & helping in spreading news about your brands and driving the market from planned content to a reactive one based on relevant trends & news events which is driving the increase of earned media. Waugh also confirmed that “we need a radical shift in brand thinking”. A brand should build a relationship with the user, have a voice, be friendly & be humanized. This can happen through these steps:

2-    Decide where to play through data and analysis

3-   Define the content that should be: appetizing, native, & aligned to the brand’s purpose & platform

And if you want to be on social media, remember this: “Just because you [we] can doesn’t mean you [we] should” because relevance is key in real-time marketing.

Ben Fender & Richard Scott from drive then revealed a world of artistic challenges by sharing their worldwide experience in projection mapping & the obstacles they faced every time they had to tell a story on a building using their 3D technology.

And if you’re looking for building a one billion-dollar brand, you should take some notes from Ashish Banerjee, Vice President of Brand Development at du. Banerjee started by thanking du’s customers, business partners & colleagues who helped make this achievement. Seven keys were revealed:

2-    Foundations style & tools: following the brand guidelines from font to colors to even creating a library of symbols to communicate thoughts & a unified design aesthetic across workplaces, stores, exhibitions & events

4-    Verb, not a noun: brands need to be dynamic and should speak to the people. “It’s not about what we say… It’s all about how it all works, how we treat you & how you feel”

“Our brand is one of out most important corporate assets. It will outlive our tenures in the company, but while we’re here we have the opportunity to individually contribute positively to its appeal, health and value, and leave behind a shared legacy.”

And then, Johnny Tan, the Executive Creative Director of BBH China tackled a problem all marketing agencies face: killing creative work. Why? Because we simply don’t sell it well, he says. Instead of selling an idea to a client using the conventional way, we should help them experience it to believe in it. But YOU should first believe in the idea! The real success is being a game changer by giving meaning to the brand, so if you want to be a game changer, be it. Tan also suggested 4 ‘P’s worth remembering when selling an idea: Preparation, Passion, Personal, & Psychology.

Microsoft introduced the innovation equation to the marketing industry, 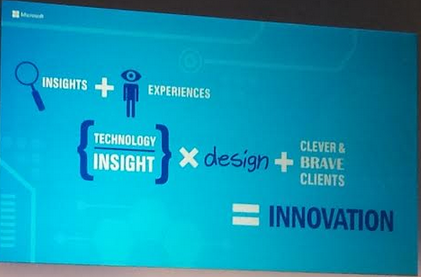 And Imagination determined the six attributes of storydoing companies:

2-    The story defines an ambition beyond commercial aspiration

Chris Dobson, Imagination’s Creative Strategy Director affirmed that people get more engaged with storydoing and this has been proved via social media ROI & accurate ROI.

Rob Newlan, Facebook Head of Creative in Europe & MENA, explained the oversupply of info that needs filtering to appear on different news feeds according to each user’s preferences. Therefore, brands should focus on people, get insights then give them what they want. And it’s always fine to test and learn, but also make sure you respect people’s time; whenever they’re on Facebook, they’re looking into connecting to the brands that matter to them, and don’t want to be spammed with irrelevant content. Be authentic, and people will step in, tell them a story and they will step in! He urged the brands to stop asking for a “Like” or a “Share” explicitly in a post, and start focusing on giving them interesting stories they can interact with. And when building your story, keep in mind that “No bad story is too short, but no good story is too long” either.

Youtube followed Facebook with a seminar by Mailine Swildens, Head of the ZOO in Southern Europe & MENA, Google/Youtube. Swildens started her paresentation mentioning that we’re now working in a digitoral era where nothing is artificially selected. Everything is now connected to everything: people to people, people to objects, objects to objects, and this is all powered by people everywhere; That’s why stories should be created again and new narrative methods should emerge. “Stories should include: characters in context, a challenge, adventures, a climax, a morale and should be unraveling. They infuse our minds with ideas & attitudes that change our behavior”. She reveals numbers showing millions of interactions and daily uploads on Youtube inciting us to build a simple story based on human truth with exceptional meaning to be transmitted at the right time. Then, all we have to do is to “fuel” what we shared & “get results beyond our [your] expectations”. 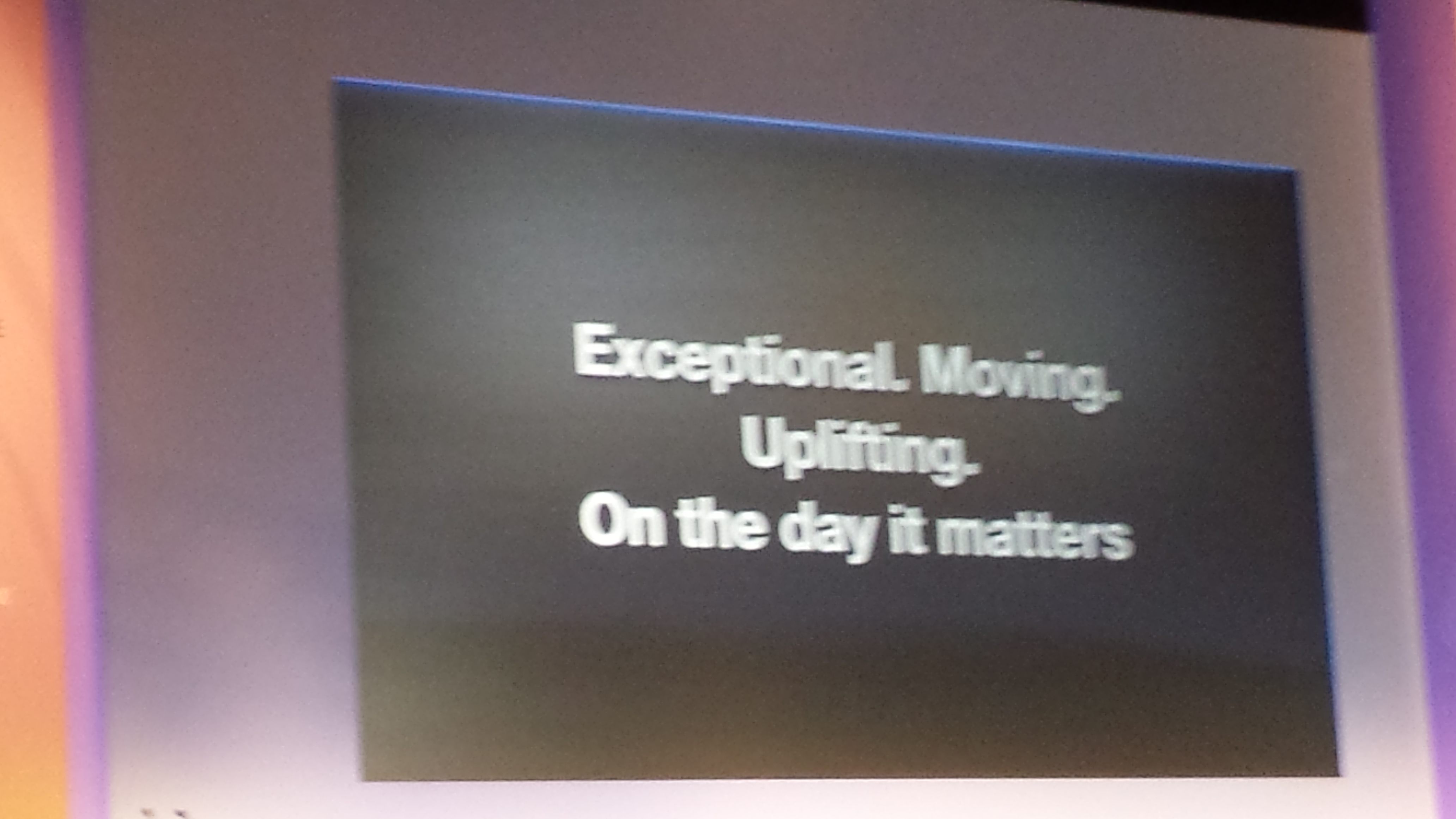 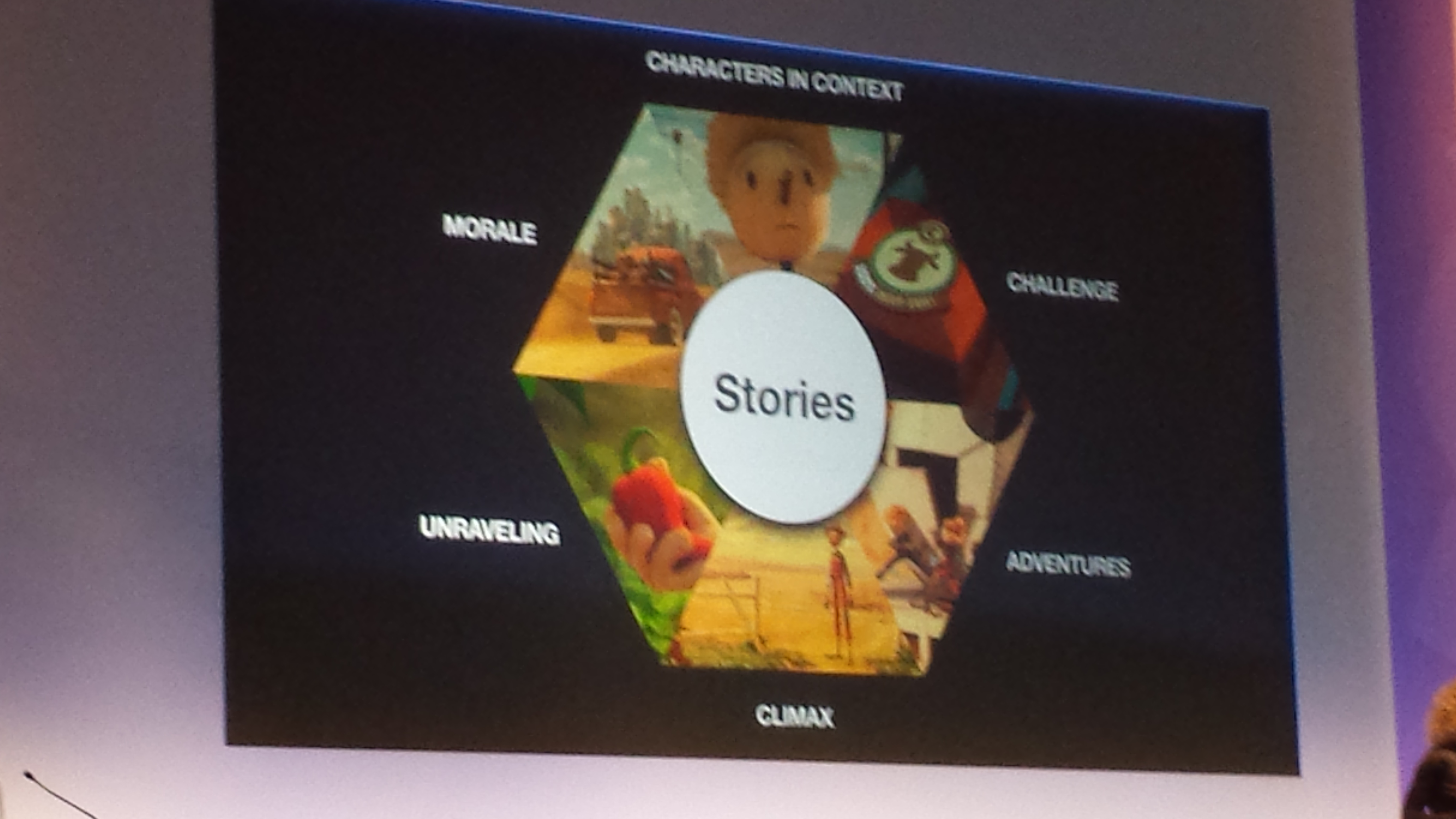