“Compiling data from more than 17 million Facebook users and hundreds of thousands of Google searches across GCC countries, UAE-based digital marketing agency, Netizency, released a research infographic gauging the regional TV audience’s affinity toward popular series on the Internet. Netizency’s co-founder and Chief Strategy Officer, Fadi Khater, says: “Contrary to popular belief and with all of the buzz around Turkish and Korean series, Hollywood shows remain in the lead as the most popular and sought-out series watched by the GCC population.” The infographic ranks the most popular American, Arabic, Turkish and Korean series by interest instances and their popularity by gender and the spoken language of users.” – Communicate magazine 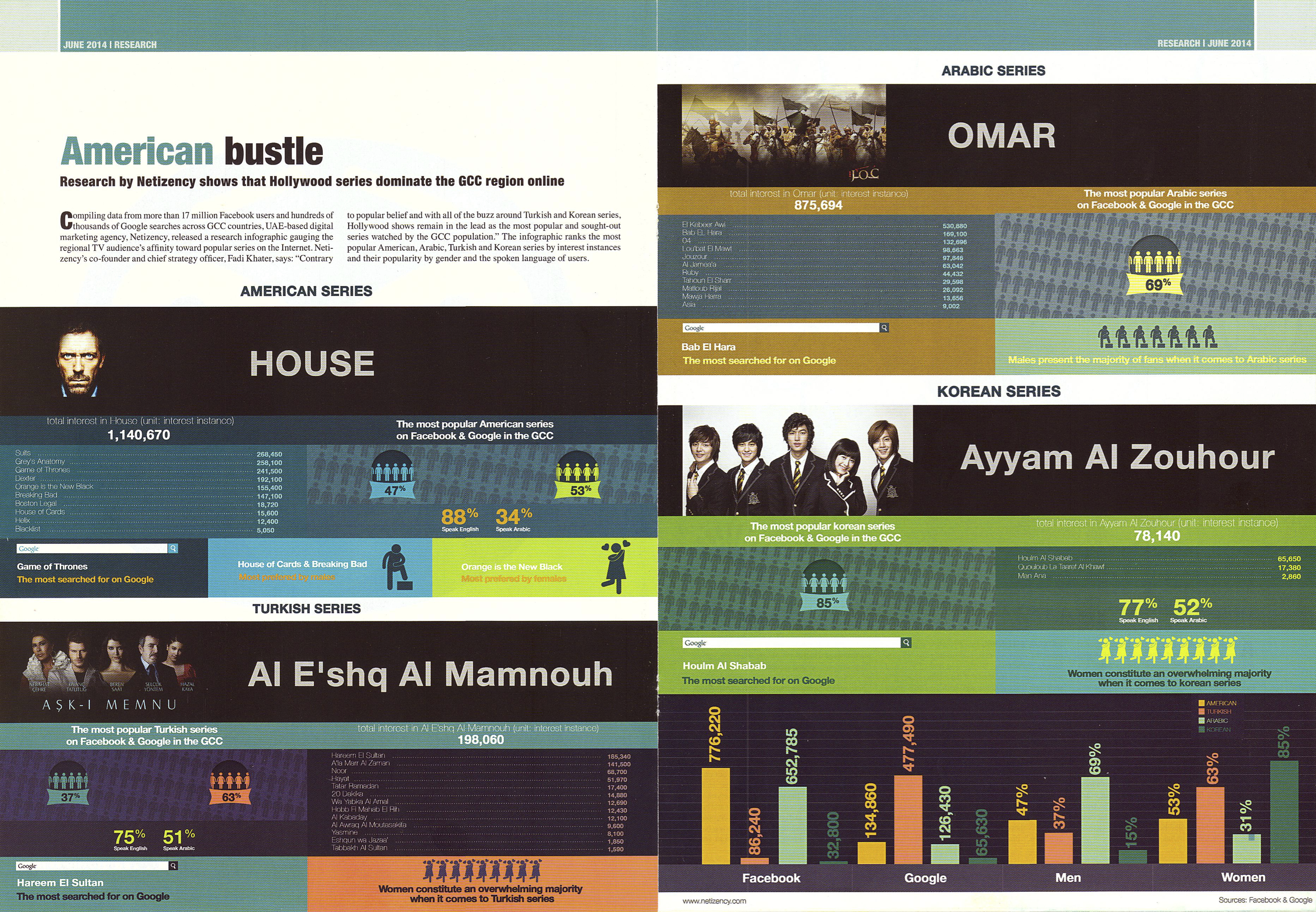