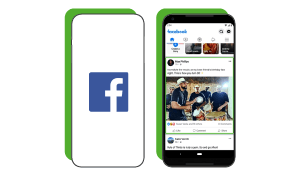 Last time we marvelled at Facebook’s artificial intelligence team was not so long ago with their development of innovative translation systems. We are excited that we can marvel at them again, and this time is for an even better cause: accessibility.

The social media giant has announced the revamp of their Automatic Alternative Text (AAT), a pioneering technology that used AI to create text descriptions of images for blind or visually impaired individuals. This update will enable the AAT engine to greatly enrich those descriptions, allowing more users to fully enjoy the platform’s experience.

We’ve expanded the number of concepts that AAT can reliably detect and identify in a photo by more than 10x, which in turn means fewer photos without a description. Descriptions are also more detailed, with the ability to identify activities, landmarks, types of animals, and so forth — for example, “May be a selfie of 2 people, outdoors, the Leaning Tower of Pisa.”

Achieved an industry first by making it possible to include information about the positional location and relative size of elements in a photo. So instead of describing the contents of a photo as “May be an image of 5 people,” we can specify that there are two people in the center of the photo and three others scattered toward the fringes, implying that the two in the center are the focus.