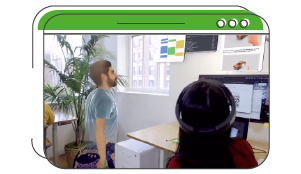 VR is an integral part of Facebook’s future.

Just last week, Facebook announced the creation of ‘Facebook Reality Labs’, a new division in charge of all of their AR/VR projects including Spark AR, teleconferencing hardware Portal, and Oculus. Now, the platform is announcing that ‘Horizon’, their newest VR experience, is moving forward to beta testing.

‘Horizon’ is a sandbox creation platform where you can build, explore, and play in a virtual reality world. According to Facebook, its aim is to “create meaningful connections between people and foster a strong sense of community.”

Whoops, wrong picture! This is ‘Horizon’:

The beta is invite-only, so if you want to be one of the first to try, you can add your name to the waitlist for a chance to be selected. You will need an Oculus VR headset, of course.