Instagram to show you ‘suggested posts’ in your timeline 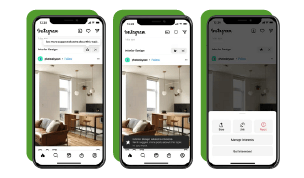 If you feel that with every update, slowly yet surely, Instagram and Facebook are converging with each other, you are probably onto something.

This time is about algorithms. You know Facebook uses them extensively on its platform, and whether the results are positive or negative is up for debate. Instagram’s still cautious implementation, though, has caused more controversy. Not so long ago, the platform released a feature that would start showing ‘suggested posts’ from accounts you do not follow, if, and only if, you had seen all the posts from accounts you do follow.

Now, things are going a little further, as Instagram is testing the ability to show you suggested posts from accounts you don’t follow in the middle of your timeline even if you haven’t seen all the posts from the accounts you follow.

The test will also reportedly include an option to add your interests for those suggestions as well as a ‘snooze’ button to pause all suggested posts for 30 days. According to the Verge, this button is not necessarily out of goodwill:

Although algorithms are powerful enough to know what people’s interests are and what keeps them engaged, letting people select what they want to see might make them feel more empowered and give them greater understanding into why they see what they do. The app can feel less creepy while also keeping them interested, a win-win for companies.