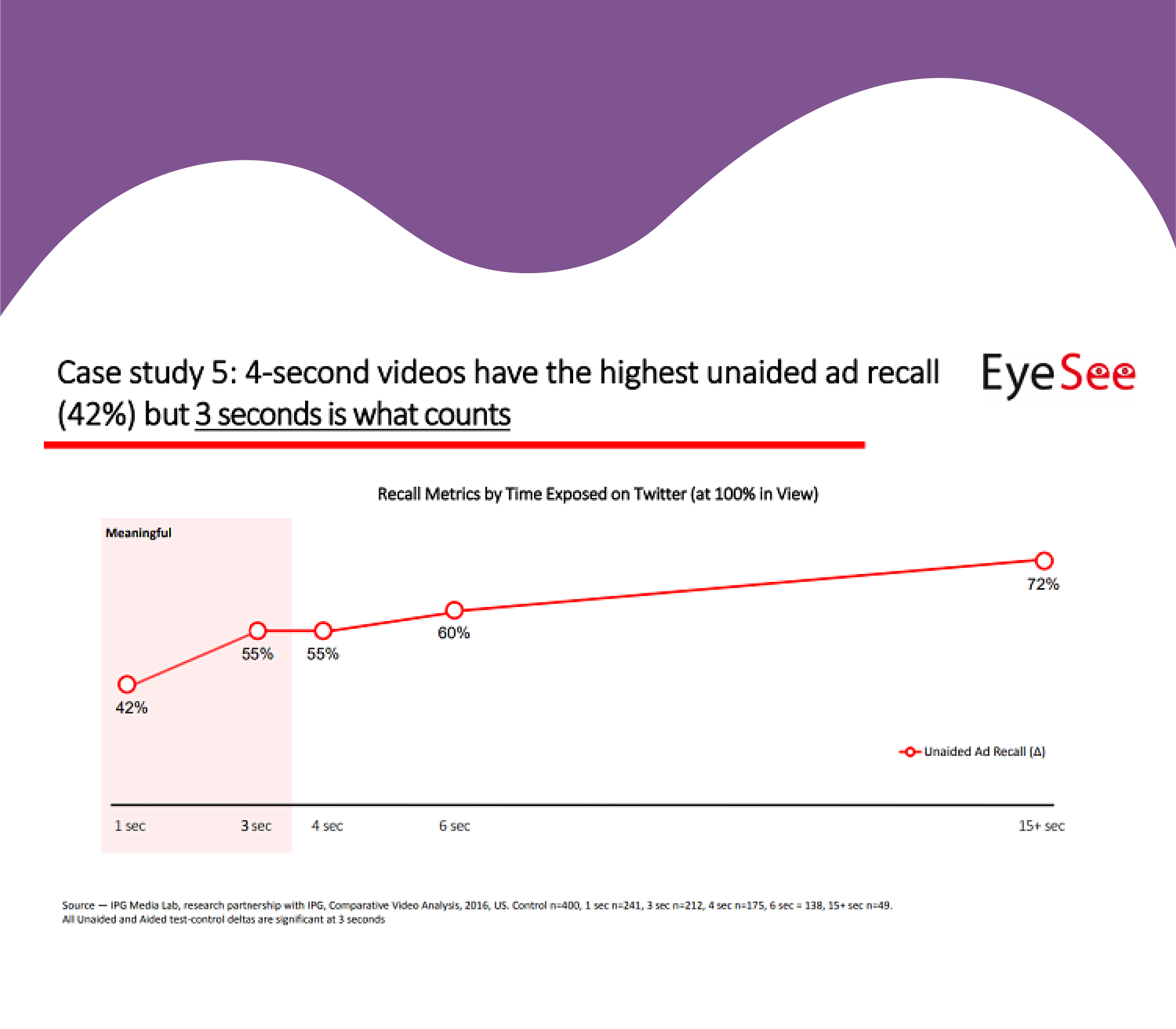 The shorter, the better is Twitter’s main theme based on this new update.

The microblogging platform is introducing a new 6-second video ad bid unit, which will allow advertisers to run short video ads and only be charged if it is viewed for at least six seconds.

The move is inspired by a study by EyeSee which revealed that shorter videos capture better results than long videos as highlighted below:

The option is now available to all advertisers worldwide.