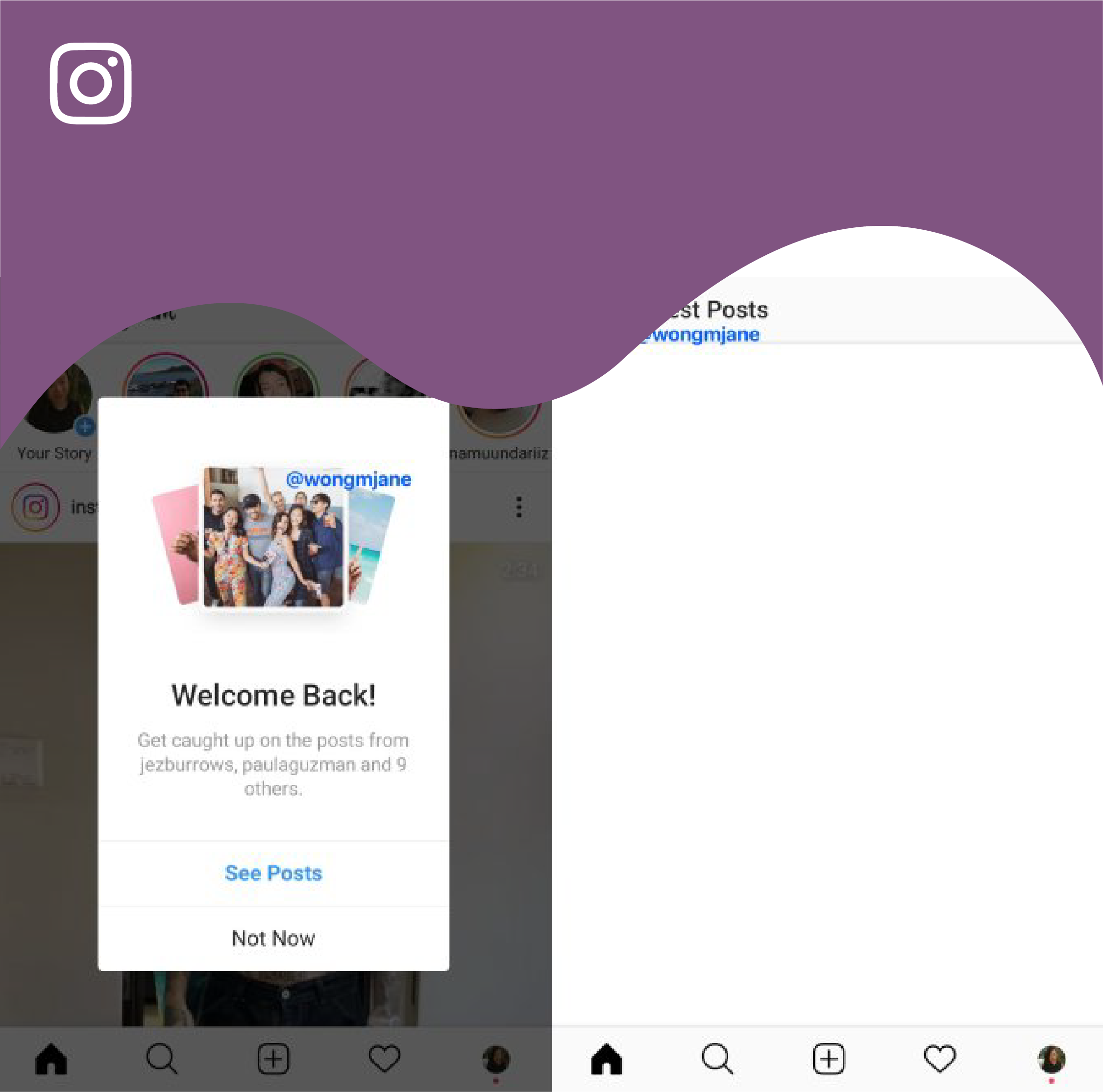 Remember the controversy when Instagram switched from showing posts in a chronological way to an asynchronous algorithm that prioritizes the account you engage the most with? Me too. Did you like it? Me neither.

For those of you who miss the more natural system of displaying posts on your home feed, you are in luck! Okay, apologies. You might be in luck.

Instagram is reportedly testing what looks to be a pop-up feature that shows the posts that you missed since the last time you opened the app. Which should feel familiar for Twitter users who already enjoy a similarly useful feature in their timeline.

Alas, it might not see the light of day soon—or at all. Instagram followed-up to the discovery of this trial stating that:

“For those who are keen to know how this was developed, it’s an early prototype from a recent hackathon (a Facebook tradition). It is not available to anyone publicly, and we have no plans to test or launch it at this time.”

If you are puzzled why Instagram thinks this is not a must-have feature to implement, well, that makes the two of us.