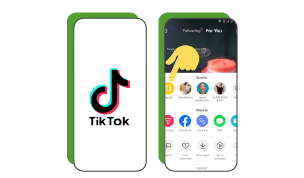 While other platforms are working on limiting their re-posting options, TikTok is testing a new feature that will allow users to re-share their old videos and have them show up on their followers’ feeds again.

The new option can be easily found within the sharing options. Users will be able to add new comments to the video, and when reposted, followers will see that it is a re-posted video. The clip can appear in users’ ‘following’ tab and even on their ‘for you’ feeds.

While this feature is highly likely to boost engagement on the app, re-sharing features are not being viewed favorably by other platforms. For example, Twitter and WhatsApp have limited their re-sharing options in the last couple of years, as fears about misinformation and hoaxes were starting to spread.

While TikTok is not exactly known as a platform where misinformation spreads, it might nevertheless be useful if it establishes certain limitations on re-sharing options. Overall, however, the option will be useful on the engagement front, as users will be able to re-share videos that they think will be well-received for a second time.

YouTube improves its mobile app features for Studio 1 feed is not enough, so Instagram is testing 3 feeds